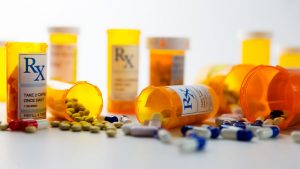 After the Rodda Act passed in 1976, allowing our faculty to bargain “wages, hours and working conditions”, I organized a campaign to obtain the signatures of at least 1/2 of our district’s 800+ full- and part-time (as they were called then) faculty. I was elected as the first president of the CTA chapter after we became the exclusive bargaining agent and was re-elected five more times as president.

I also served as chairman of our negotiation team for all of those terms, including when the district agreed in the 1979-1982 contract to provide medical coverage at the level of the Blue Cross 365 Plus (the Plus was prescription coverage) plan. I specifically asked for that language to be included. That contract also joined agreements made by the management and the classified union which required any staff member to obtain Medicare and use that as their primary medical provider. The District would then provide a lifetime supplement to Medicare that brought it to the 365 Plus plan in force at that time.

This agreement by all staff was a huge ‘give’ as the contract required all retirees upon reaching the age 65 to qualify for Social Security and acquire Medicare benefits. Many full-time faculty were not at that time eligible for Social Security (which requires 40 quarters of covered paid employment) and they scrambled to find additional part-time employment that was covered (I was one and I also remember Prof. Dan Epstein got a summer job delivering the mail) or elect to take an additional 6.7% out of their full-time salary. However, at that time Social Security benefits were not taxed and there were no additional IRMAA Medicare fees which can now run into the thousands of dollars each year.

I was also president and negotiations chair when I signed a contract that agreed that full-time faculty hired after September 7 of 1982 would not be eligible for district paid retirement benefits. The faculty union held out for several months after the management (MSC) representatives, and later, the classified union, agreed to the clause. The District was offering a large pay-raise retroactive for almost a year to the unions, and the pressure from the faculty membership was intense to take the deal. The only small accomplishment by the faculty was to push back the start date of coverage to after the start of the fall semester of 1982.

It is often stated that pre-1982 hires have “paid medical retirement benefits”; however, what was provided by the district and now by our Retirement Board of Authority (RBOA) is just a supplemental plan to Medicare, which is one reason, aside from excellent investment strategies and the timing of the stock market, why this fund has such a huge surplus as the number of beneficiaries decreases each year.

It is important to note that the benefits paid by the supplemental plan as well as those provided by Medicare have significantly declined over the past 40 years:

A November 2021 survey conducted by AFT 6157R of pre-1982 faculty retirees who have Blue Cross as their secondary coverage to Medicare showed significant dissatisfaction with the prescription plan. However, it should be noted that this was not the case with those who elected to use the Kaiser program. The number of Kaiser responses was small (10) but all indicated they had no problems with prescription drug availability.

RBOA (Retirement Board of Authority) was created in 2008 with the selling of 44 million dollars in District bonds for the sole purpose of providing funding for qualified management, classified staff and faculty retiree benefits. This is an irrevocable trust and it is directed by nine Board members: three District Office managers, three members appointed by the classified union, CSEA, and three appointed by the faculty union, AFT 6157. The faculty members are David Yancey, myself, Jessica Breheny, and Linda Ferrell as our alternate. David and I are fairly recent additions that were made when David pointed out that there were no retired faculty on the board that received that supplement to Medicare.

At the last RBOA meeting (via Zoom) on May 19th, the faculty discussed the erosion of the prescription benefits for pre-1982 hires as well as the huge increases in the cost of Medicare over the last 40 years.  Faculty and classified staff members made a motion to hold a special RBOA meeting on Monday, July 18, 2022 to discuss this issue. The motion passed unanimously. After the meeting, one of the managers of the fund (not a Board member) sent out an email which said that the Board was prevented by its by-laws from discussing retirement benefits and that any such discussions of benefits for these retirees (who are out of the units as they no longer work for the District) would violate collective bargaining laws. I admire this concern by management for the rights of the District unions, but the unions do not agree with the objections and the meeting will be held. As you may know, AFT 6157R is looking into the subject and we should have a report for you by the next RBOA meeting on July 18.