Dr. Ann Lopez may have retired from teaching biology, environmental science, ecology, and botany at San Jose City College in 2008, but she has since kept highly engaged by following her passion for the plight of bi-national Mexican farmworkers in California. As founder and executive director of Center for Farmworker Families in Watsonville, Ann has overseen a variety of projects in the United States and in Mexico that are designed to “alleviate the worst aspects of the everyday poverty [these families] are burdened with.” (www.farmworkerfamily.org – Home Page) 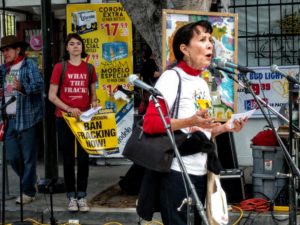 To sustain her 501(c) (3) non-profit organization, Ann has researched the daily lives of these migrant families, both traditionally in publications and media, which her website shares, and directly and literally, in the field with these families. By promoting awareness of their situation, she has solicited the attention, support, and action of government and communities. Her initial seven-year research around her doctorate led to the publication of The Farmworkers’ Journey in 2007. Her basic findings were that “corporate agribusiness and bi-national institutions and laws promote the subjugation of Mexican farmworkers.” (website -About Us) Her book portrays the impact of migration on family life, the effect on Mexican farmers of genetically-modified corn from the United States, and the exploitation of migrant workers by employers. Ann also promotes awareness by organizing “farmworker reality tours” in the Watsonville, California area. She has advocated for laws to afford farmworkers protections, of which, shamefully, there are few. 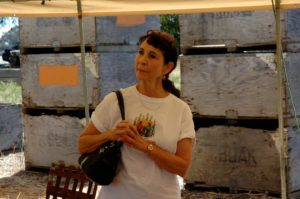 The Center for Farmworker Families has developed projects that put solutions into action among the migrants. For example, tutoring has been offered to support the schooling of children in California, as well as of parents with English, technology, and with “know your rights” education. Computers have been loaned out to families. Other projects in Mexico have involved donations of food, clothing, basic necessities, toys, and furniture. (website – Projects) 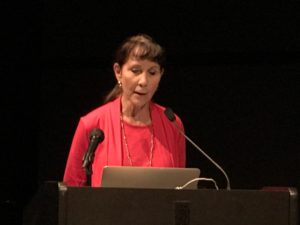 Ann’s efforts have been recognized over the years by the Congress of the United States and numerous organizations. The National Association of Professional Women selected her as Woman of the Year in 2013 and 2014. She received the 16th Cesar E. Chavez Community Award in Watsonville in 2018. For 2019, Ann is the Woman of the Year for the 29th Assembly District.

For some retirees, there is time to pursue passions, and like Ann, strive to be an agent of positive change in the lives of others who need a champion. Well done, Ann!

Visit the website of the Center for Farmworker Families at www.farmworkerfamilies.org to learn more and to show support.