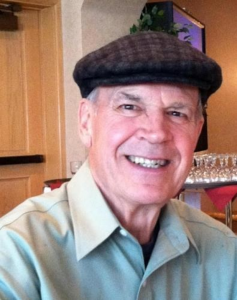 Paul P. Preising passed away, 88 years’ young, surrounded by his family in late September. His entrepreneurial spirit, sense of adventure, generous character and inquisitive approach to life are carried on by his beloved 2nd wife of 43 years Ulla Sallinen Preising, and his 4 children (with first wife Mary Jo), 11 grandchildren, and extended family and friends. Paul’s early life was characterized by his academic achievements in school, although he was a proud Eagle Scout and outstanding athlete as well. Paul graduated from James Ford Rhodes High School, a magnet school at the time, in Ohio with academic honors and as Senior Class President. He then went on to receive full academic scholarships while earning his BA in Sociology at Oberlin College, his MA in History/Education at Vanderbilt University and finally his doctorate degree (Ed.D.) in School Administration at Stanford University. In between his college experiences, Paul served with distinction in the US Army in Germany.Paul’s professional career was dedicated to the field of education where he excelled as a professor (History/Business) and school administrator at San Jose City College and Evergreen Valley College in San Jose. He played key roles in writing the program grants and securing federal funds for equipment and programs that materially enhanced the Arts and Sciences at both San Jose City College and Evergreen Valley College. Paul’s focus on his work was often accompanied by his always present note cards with “to do’s” set out in order of priority for the day. He was also known for his short quips with words, such as “there is always enough time to do it over, but never enough time to get it right up front!”Paul was born in Ohio during the Great Depression to Wallace and Helen Preising. He was predeceased by his older brother “Wally” and his younger brother Glen who starred as an offensive lineman at Syracuse University where he played with the legendary running back Jim Brown. One of Paul’s most important life decisions was to leave the Midwest “snow and sleet” for the California sunshine and the promise of a better life for his family in the San Francisco Bay Area where he resided since 1962. Paul and his family lived in Palo Alto and Los Altos Hills before he eventually settled in the Evergreen area of San Jose. As he always reminded the family, “we are fortunate to live in the greatest metro area, in the greatest state, in the greatest country on the planet!”Paul was gregarious, enjoyed traveling and exploring especially by car, and was a kid at heart. The many summer car trips he took with his kids and later with his wife Ulla spanned the N. American continent and covered virtually all the major national parks from Denali and Kenai, Alaska, to Volcanoes National Park, Hawaii, to Banff, Glacier, Yellowstone, Yosemite, and Anza-Borrego just to name a few, as well as numerous trips with Ulla to the Midwest and East Coast regions of America. Paul also traveled throughout the European Continent bi-annually with Ulla and with special emphasis on Finland, where Ulla’s family lived in the community of Ahvensalmi. Traditional ice-cold swims in Finnish lakes followed by a sauna, tasty food and drink, and great company were typical themes while visiting Finland. One of Paul’s favorite activities was driving the autobahn with Ulla in a Mercedes in search of adventure, historical places of interest, and using his fluent German skills to engage people along the way. Once in a car and with time on his hands, he would love to explore every “backwoods” dirt road he could find; much to the chagrin of his kids. Paul was also passionate about history and in particular military history. He shared this intellectual passion with his kids who enjoyed animated discussions with him about great battles and famous military leaders with emphasis on the 20th century.Paul is survived by his wife Ulla as well as his children and grandchildren who love him dearly. He was exceptionally proud of his children and grandchildren: Kurt (T.O.), children Claire (Jacob) and Andy; Vince (Rocio), children Gabriel, Sebastian, and Isabella; Bo (Robyn), children Weston, Tess and Emily; Cheryl, children Patrick, Kyle and Kaitlin.A celebration of Paul’s life will be held in early December. He will be dearly missed and forever loved by his family, friends and all who knew him.