[N.B. Virginia died on October 6, 2018 and this tribute was written in that same month.] 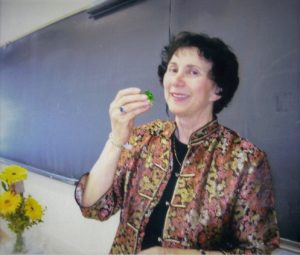 When both of her children were in school, Virginia Scales ventured to San Jose City College to follow the dream she had since graduating from high school in Fresno: she enrolled in a college class. Her first instructor was French professor Nicole Amon, and Virginia was entranced by Nicole’s kind manner and her teaching style. She went on to finish her coursework at SJCC and to enroll at SJSU as a French major. She completed her B.A. and went on to get an M.A. in linguistics. While she was doing that, she returned to SJCC to work as a reading tutor. The job was not at all well-paid and the workload was beyond the job description. That led Virginia to take her first steps as a labor advocate: she organized the tutors to seek better wages and won.

By 1980, when Virginia had her M.A. in hand, positions came open in English-as-a-second-language, the exact field for which Virginia had trained. She was passed over for instructors who did not have her qualifications, leading to her second crusade. Supported by the dean, Leo Chavez, she lobbied to have the positions reopened and they eventually were, leading to the hiring of four ESL instructors on the same day. And thus began Virginia’s career of over thirty years at SJCC.

In time, Virginia became the ESL Program coordinator, a position she held from the mid-1980s until 1998. As busy as she was with her teaching and coordinating duties in ESL, Virginia also found time to serve as the president of the Academic Senate twice and to participate in the union negotiating team. She was keenly aware of the inequities part-time teachers faced and threw herself into correcting them. She worked to have banked leave recognized in the contract for tenured faculty and to make seniority rehire preference a reality for adjunct faculty. Those who worked with Virginia on these efforts knew well how persistent, focused on detail and tireless she was. But no matter how hard she fought, she retained her kind and gentle manner.

Toward the end of her career at SJCC, Virginia became the interim Dean of Language Arts, a position she filled with the same energy and thoroughness she brought to her earlier tasks. She retired in 2011 but continued to teach one class until 2015 when health issues caught up with her. 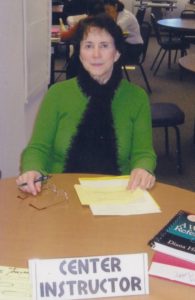 One final advocacy Virginia took on was the fight to keep alive the SJCC Journalism Department, which was under threat of closure in 2013-14 due to what key administrators considered low enrollment. Some administrators also wanted to place limits on the expression of opinion by student journalists. The program had no full time instructors and the classes that supported the publication of The Times, the student newspaper, were taught by one part-time instructor, who bore an unfair burden of essentially running the department without adequate compensation. Virginia stepped in to direct the writing of a program review of the department, demonstrating the true costs and value of maintaining journalism at SJCC and the publication of The Times. The review also showed that the program in fact suffered from lack of adequate funding and that it was generating some advertising revues to help support itself. Virginia also led an effort to persuade the Faculty Academic Senate to request a full time teaching position for Journalism. While her effort did not lead to such a position, it did result in renewed strong senate support for the program and for the voice of the students as expressed through The Times.

This fight for The Times fully encapsulates all the strengths and values of Virginia, and her tremendous passion for SJCC, its students and faculty, and for fairness and justice. We have lost a true champion!

Off campus in recent years, Virginia did not let failing health get her down as she continued to enjoy her favorite pastimes—entertaining her large extended family, going to San Jose Opera, attending and hosting Café des Amis, a group that met to speak French and enjoy elegant cuisine, dining out with friends, and keeping up with politics. Virginia died in her home unexpectedly on October 6, 2018 at the age of 84. She leaves her children David Scales and Carla Sprugasci and their spouses Carol and Steve, two granddaughters and one great-grandson.

Virginia was the daughter of Sicilian immigrants, a first-generation college student, and an alumna of San Jose City College. And she lived life on her own terms.