A common assumption is that some retirees have ambitious plans to write in their golden years, be it poetry, short stories, an autobiography/memoir, or the “great novel”.  Well, we have such a writer in our midst, Walter Soellner, who has fulfilled his own writing dream.  And although he had not anticipated producing even one novel, he is now close to completing his fourth!

Walter spent 28 years as an instructor in the Art Department at Evergreen Valley College, teaching art history, art appreciation, and 3-D design.  He also served as Academic Senate President for six years and he administered the Honors Program for five years.

Upon retirement in 2004, Walter continued his extensive travels, which have been key in his life and career.  In 2007, while riding the Munich-Berlin train, he began a hobby of writing vignettes that were historical in nature.  For his art history studies and classes as a teacher, he had read extensively about history, which inspired him to create storylines that put characters at play against real historical figures and events. After a few years, he had compiled over fifty vignettes, and, at some point, he wondered what to do with all of them.  He decided that he had plenty of material to complete one historical novel, and he set about doing that.

By 2015, he had completed The Perilous Journey.  As you can read on the photo of the back cover,  the narrative follows the experiences of two boyhood German friends, one Jewish and one Catholic, between 1900 and 1909, throughout several German colonies.  But by this time, Walter had decided to produce a four-book family saga around these two main characters, and in short order he published two more novels in 2016 and 2017.  See the photo of the covers of these three books.  Book 2, The Storm that Shook the World, spans World War I in the European colonies in Africa, 1909-1919, and Book 3, An Incident in Africa, presents a major murder mystery involving both families from 1919 to 1924.  Book 4, tentatively entitled, Like a Gathering Storm, deals with the rise of the Nazi Party and leads up to World War II, from 1924 to 1938.  Walter expects to complete the book in several months and publish it this year.  He also has announced that he will add a fifth novel to his series that will now encompass three generations of these German families.  The as-yet unnamed book will follow the families throughout the World War II years and beyond, 1939 to about 1950.  In fact, Walter reports that he has already written eighty-five pages as well as the ending of what he promises will be the final novel of the saga. 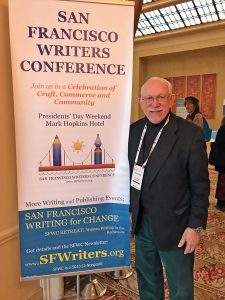 So what started out as one novel has taken on a life of its own.  Walter explains that his fictional characters have driven him on:  their distinct personalities have steered the story!  At the same time, Walter has sought to inform readers about history and to clarify facts through his characters and their experiences.  Interestingly, Walter’s parents immigrated from Germany in 1938, but the ancestral home of his father outside of Munich remains in the family.  This inspirational home, which Walter has visited, plays a key role throughout the five-book saga.

Walter and wife Sandra live in the South University Neighborhood of San Jose in, actually, a very impressive historic house.  There, he usually writes slowly, saying that creating “one page is a lot of work.” He writes often in his attic office, with Google as a reference check, or at times at his kitchen table, or on his laptop in the back yard.  With this family saga now almost behind him, Walter has an idea for a stand-alone historical novel set in the USA in 1898.

Expect more chapters to roll out in the life of this retiree novelist!

(Walter’s books are available at Amazon.com and at his website: waltersoellner.com.) 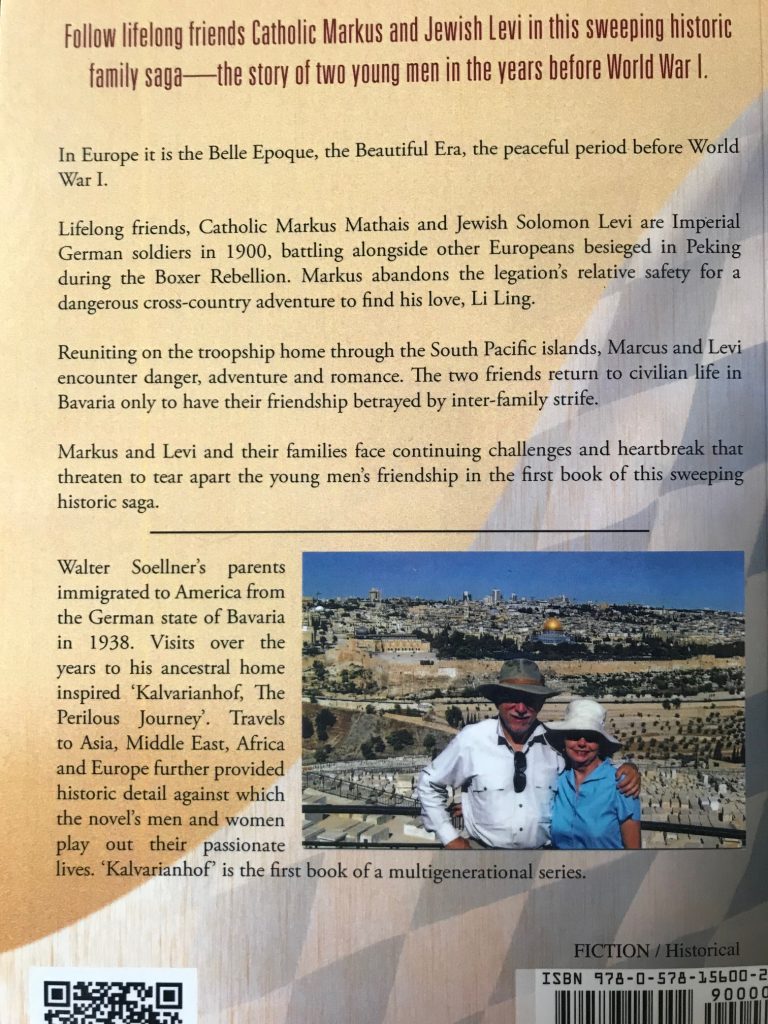